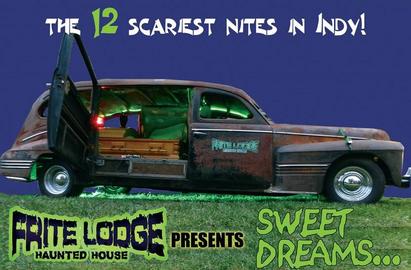 For the second year in a row we made it out to FriteLodge!  Seriously, I can't ever seem to get enough of this haunt!  If I still had the time to get back into haunt acting, this would definitely be my first choice!  But, to the point, this haunt a had a new theme this year, Sweet Dreams (last year was Home Unsweet Home). 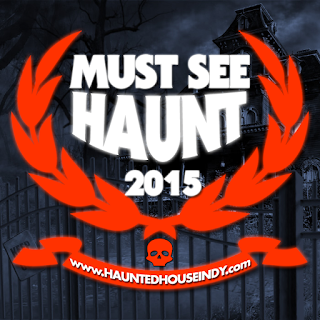 Sweet Dreams
This is one of the hardest haunts to describe.  It really has to be experienced.  That's probably one of the biggest compliments that we can give a haunt.  The people at FriteLodge do SO MUCH with so little, and their efforts do not go unnoticed.

Everyone from the owner down to actors care about this place.  And that sense of community just glows through every creak and crevice in the haunt.

The new theme, Sweet Dreams, is pretty damn cool.  It plays with internal fears and emotions and is super effective in doing so.

The haunt itself feels so big, and when it's all over and you look back at the building, you're only left scratching your head and how they manage to fit so much detail and journey into such a small space (relatively speaking).

If you've never been to FriteLodge, do yourself a solid.  Get off your ass, grab some friends and drive down to South Acton Road.  Not only will you have an absolute blast, but you'll also be greatly helping the lodge and community around it.

For the second year in a row, it is our pleasure to announce FriteLodge as a Must See Haunt for 2015!

Nothing less than five skulls!