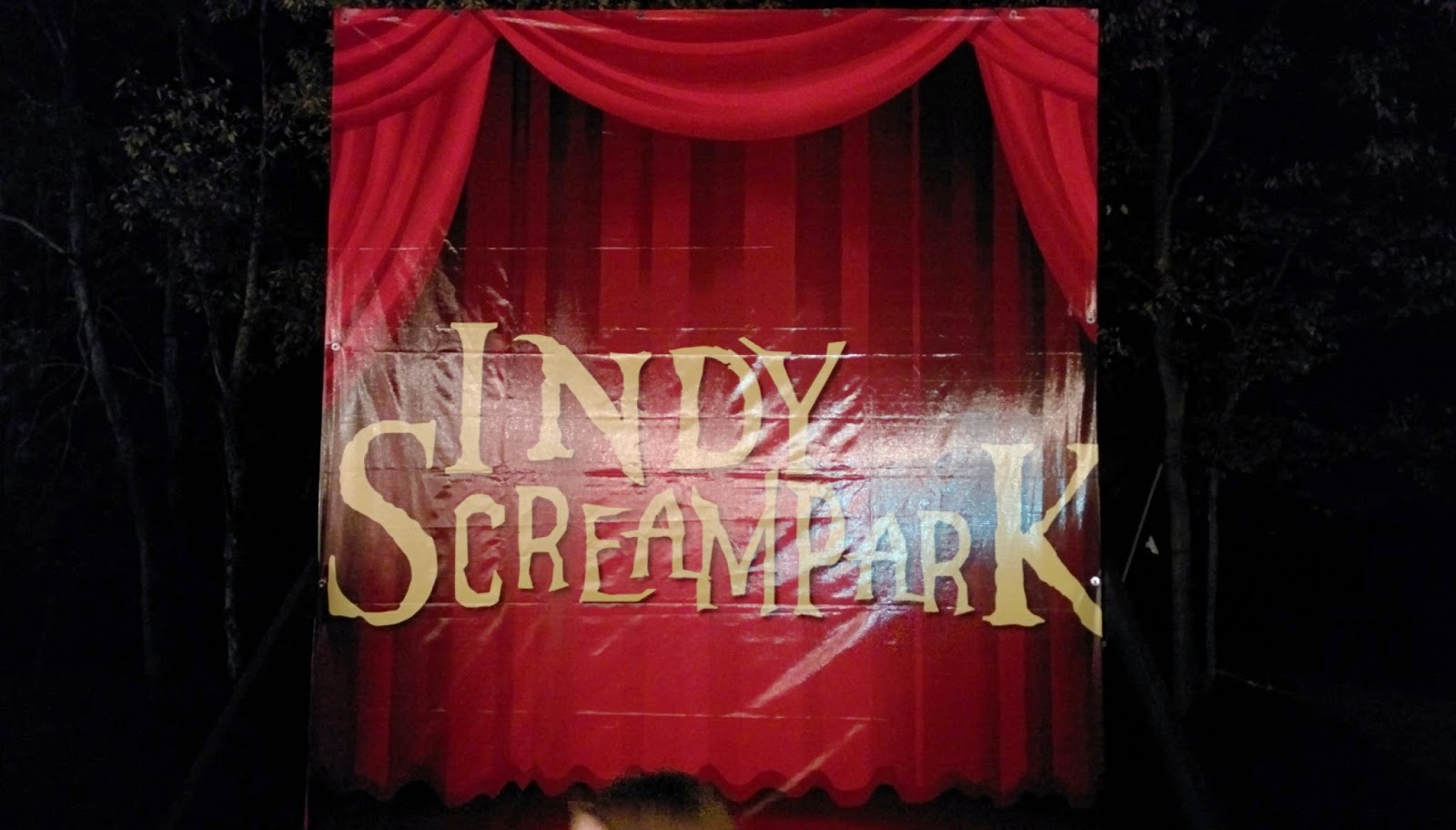 After a few years of hearing all the hoopla surrounding Indy Scream Park, we finally got the chance to venture up to Anderson to check out the joint.  Upon entering Indy Scream Park, you're immediately hit with a $5 parking fee -- but that turns out to be no biggie considering how organized their parking situation is, there were a dozen or so parking lot employees with lighted batons guiding traffic.  So that $5 fee, well worth it,

Once we stepped into the park, we were immediately reminded of Niles Haunted House Scream Park, which is a major compliment all in itself.  Their midway truly is a Monster Midway, full of games, concessions and even some of cinema's greatest maniacs stalking the grounds -- which turns out to be a really fun photo-op for us and one of our guests (see Jason pic below).  Now on to the events...

Backwoods
The first attraction we entered was Backwoods, an outdoor trail through some genuinely spooky woods.  We were given a glow-stick as our only source of light, but once our eyes adjusted we really didn't need it any longer.  The length of the trail is what stood out most to me, which I really dug and is a major bonus.

There are numerous decorated shacks and cabins throughout the woods, filled with cannabilistic backwoods rednecks which gave off a great WRONG TURN/TEXAS CHAINSAW MASSACRE vibe.  Thankfully there aren't any direct movie characters here and they chose to create their own characters instead.  In the end, Backwoods is simply awesome and definite don't-miss.

Infected
After Backwoods, we grabbed a bite to eat at the concession stand before heading to Infected, their zombie-invested cornfield walk-through.  The attraction begins by taking an isolated walk into a dense cornfield, which is probably just as spooky as one could imagine.  I even found myself muttering the words, "He who walks behind the rows..."

We soon approached what is possibly the greatest thing in any haunted house that I have ever seen in my life: a [nearly] complete house scene.  From the front facade, through the rooms and exiting through the crawl-space, this thing was insane, complete with crawling zombies and a bed-ridden gluttonous sloth!

Backwoods was cool, but Infected takes this guy's cake!

Brickmore Asylum
After the first two attractions, we made our way to pavilion where three haunts are housed, the first being Brickmore Asylum, a chaotic asylum where the insane run free!  The detail in the rooms is nothing short of fantastic.  If you dare to see the dark side of real human nature, look no further!

I'm giving this attraction 4 Skulls instead of 5 because I feel like there were stretches of underutilized space that would've just put this haunt over-the-top on the freak-out scale. 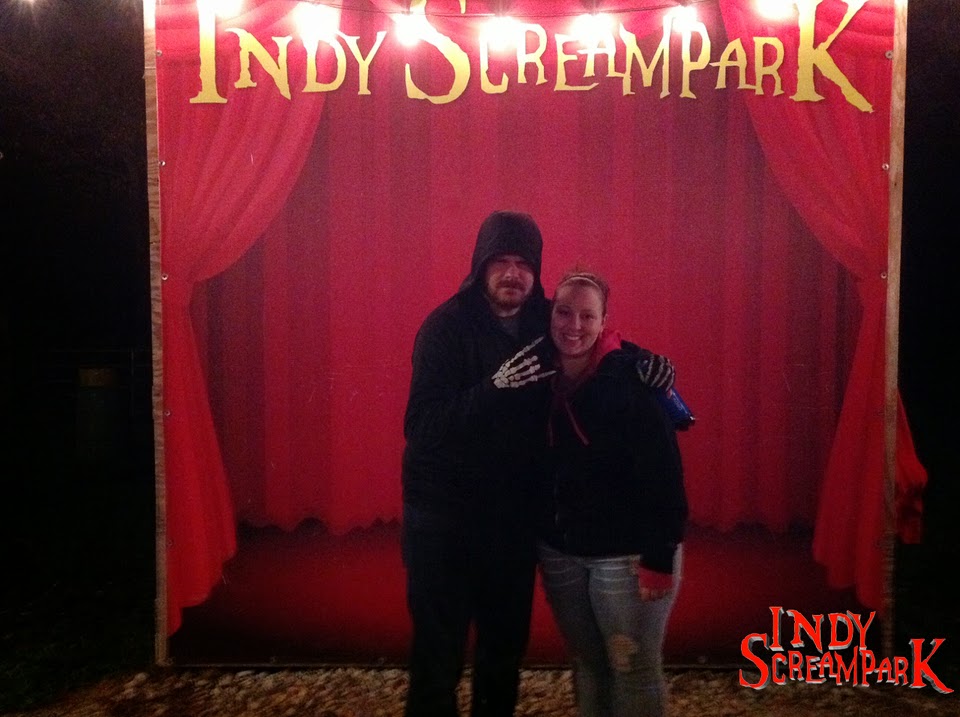 Bedlam 3D
Upon exiting Brickmore Asylum, we were immediately thrust into the line for Bedlam 3D -- which I admit -- I was more than excited for (I'm a sucker for 3D gimmicks, especially haunts).

Ready for more praise?  Because here it comes...Bedlam 3D is hands-down the best 3D haunt I have ever been through.  The sheer amount of detail with the ultraviolet paint just blew my mind.  The builders here clearly enjoy their craft and I enjoyed it even more.  The moving/shifting floors are a fantastic addition and is sure to trip out even the most modest haunt-goer.

Nachtmahr
Lastly, we entered Nachtmahr (German for Nightmare).  Again, I can't stress enough how well these sets are designed and executed.  If you don't take a moment to just look around and admire your surroundings, then you're truly missing out on what this attraction truly has to offer.

What's funny about this attraction, is while we were inside it (keep in mind I didn't know the name of the attraction at the time), I whispered to my girlfriend, "This reminds of a dream sequence from an A NIGHTMARE ON ELM STREET movie."  Turns out, the haunt was literally titled Nightmare.  So again, great job on this haunt!

All in all, Indy Scream Park is arguably the best haunted attraction that the state of Indiana has to offer.  It has somehow evaded my presence the past few years, but not anymore.  This is officially being added to the list of annual haunts to check out.  Everything, and I mean everything, was done to a T -- the sounds, lighting, acting, design -- everything was top-notch.  Indy may have found its best haunt ever.  Color this reviewer super-impressed.