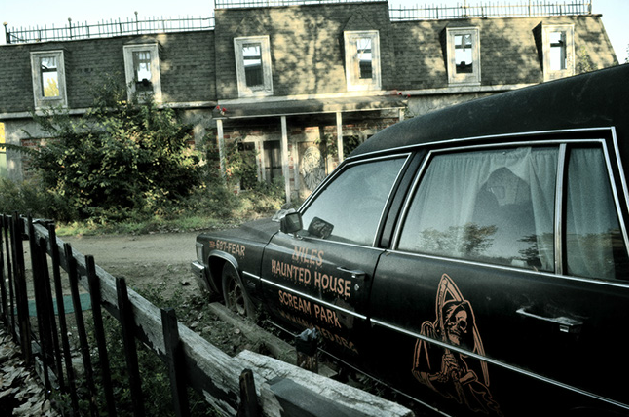 Ah, welcome to the 2014 Halloween haunt season!  Here at Haunted House Indy, we found it only to kick off the year by visiting our neighbors to the north in Niles, Michigan -- Niles Haunted House Scream park!

So after what ended up being a four-hour drive up to Niles from the Southside of Indianapolis, we were greeting by a few of the many wonderful that help make the Scream Park such a success every year.  And our experience went a little something like this... 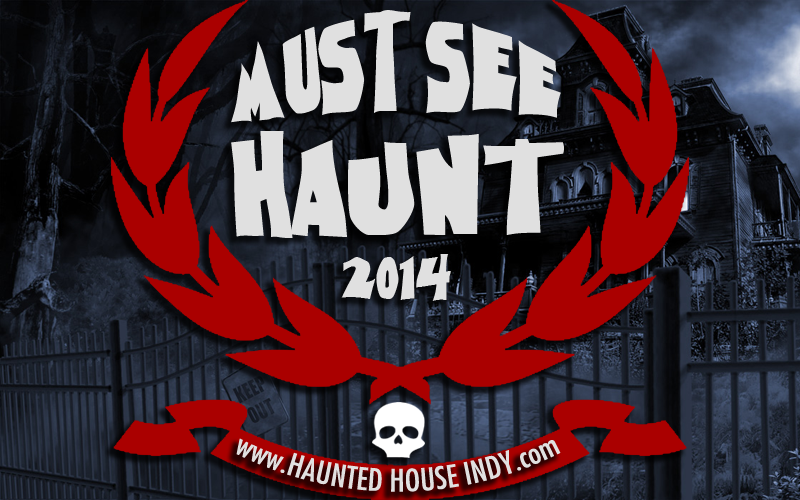 We first ventured into the Niles Haunted House; and truthfully, it never disappoints.  Ever.  You almost have to go through it several times just to take in the elaborate set designs and the tiny little details that are surely to be missed, especially if you're navigating with your eyes closed!

One of the things that stands out with the Niles Haunted House is its length.  This isn't your typical "pay $20 for a five-minute walk-through" type of deal.  No, you're definitely getting a big bang for a small buck with this one.

The only real gripe I had with the house is the actors' lack of involvement.  But that's completely understandable given the volunteer basis that the actors work (the place is a non-profit organization).  The house seems to be reliant on props and gimmicks.  And that human feel was lacking, which this critic missed.  But all in all, the house is fantastic and surely not one to miss.

Tomb of the Undead 3D
We were a little strapped for time, so we chose to check out the 3D haunt, Tomb of the Undead, rather than the other haunt, Curse of the Dark Walker.  We were equipped with a pair of 3D glasses and let loose in the house.  Let me just say that the detail was extraordinary.  When working with a 3D effect using black lights and UV paint, detail is very important, and Tomb of the Undead 3D cuts no corners there.

But again, I find myself missing the human element.  And compared to the other attractions, this one falls quite short time-wise.  But that's okay, the paint detail inside will wow.

Field of Screams
This is the bread and butter of the Niles Scream Park, at least from what I can gather.  It's an intricate outdoor-indoor maze that, like the haunted house, seems to go on forever.  Again, that is in no way a bad thing.  Customers are genuinely getting their money's worth here.  Also like the house, the detail and design of Field of Screams is a bar-setter.

The actor involvement in this attraction is far better than that of the other attractions.  I was told by one employee that a lot of the better actors are used in the Field of Screams.  And honestly, if you only plan on, or can only afford, one event, then Field of Screams is your best bet.

Dark Terrortory Haunted Hayride
A haunted house with so much to offer just wouldn't be the same without a good old-fashioned hayride.  The problem here: the hayride itself isn't that great.  Now don't take that the wrong way, the hayride seems to be directed towards families with small children rather than the hardcore haunted house buffs.

Once again, however, the length of this attraction is a major bonus.  All the scares on the ride happen in front of you (instead of all around like most hayrides) -- due to the stadium seating on the wagons.  But everything aside, the only actual complaint I had with the hayride was the lack of detail throughout the ride...and this is only due to the amount of detail that's put into the rest of the place.

Prices
The ticket prices for all the attractions here are simply great and super affordable.

All in all, Niles Haunted House Scream Park is one of the better haunts in the country, not just Michigan.  It never disappoints and we're already looking forward to our 2015 visit!

Despite the few minor dislikes I had with the place, Niles Scream Park is 5 Skulls all the way!